ROSbot 2R is an autonomous, open source robot platform for research and quick prototyping use cases. It can be used as a learning platform for Robot Operating System (ROS) as well as a base for a variety of robotic applications like inspection robots, custom service robots etc.

If you don't have one, you can get it here.

What's in the box:

Additionally, to launch a robot for the first time you will need: 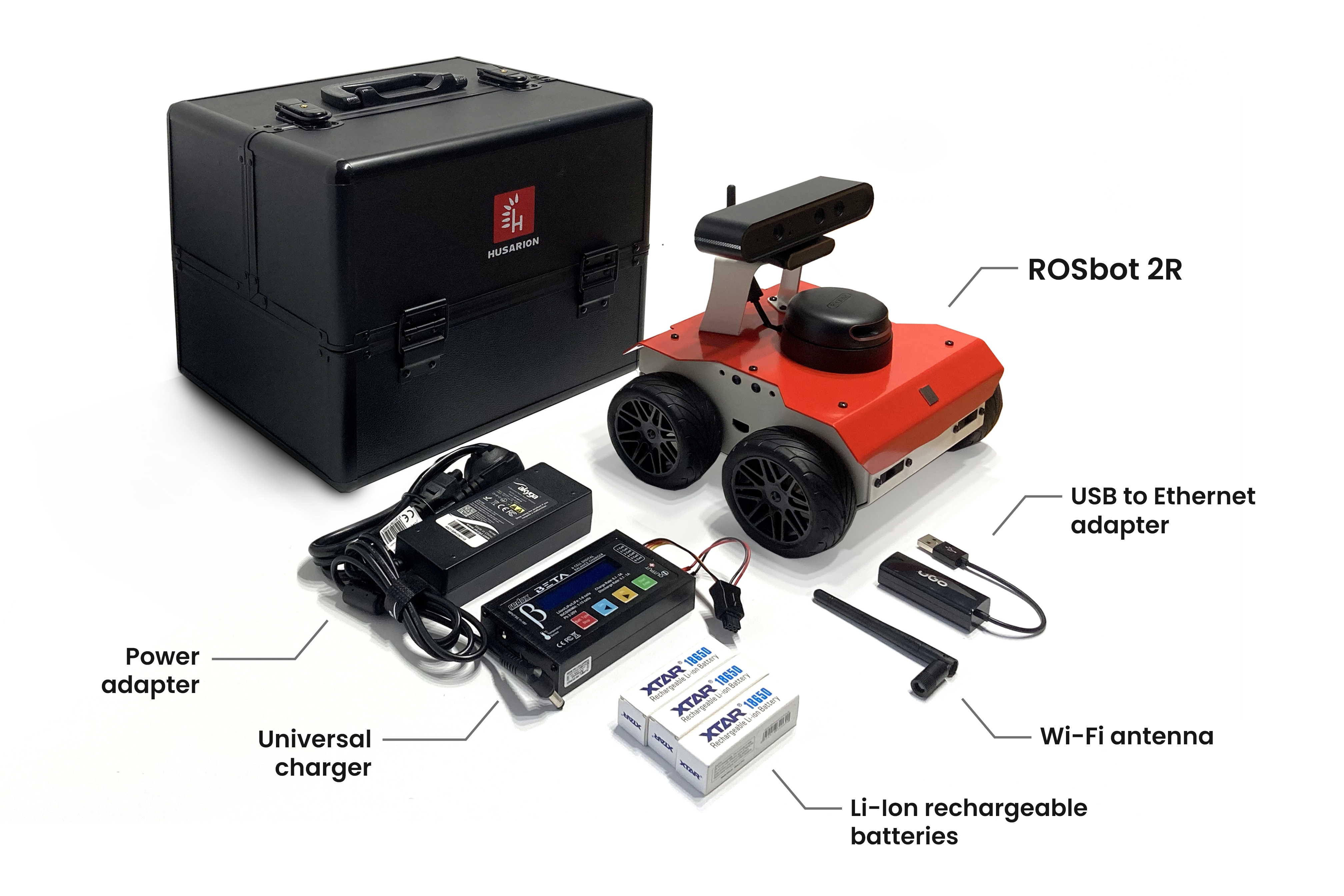 Your ROSbot is assembled, but to get it ready to work, you need to provide a power supply and attach the antenna.

To attach the antenna, screw it to the SMA antenna connector on the ROSbot rear panel.

ROSbot 2R is shipped with pre-installed ROS Noetic OS image. If you have just received your brand new ROSbot you may skip this step.

In some cases you will need to restore ROSbot system to its default settings:

This process will differ depending on ROSbot version that you have. Find the full instruction here

To perform the initial network configuration, you need to access ROSbot's Linux terminal first. There are two options:

ROSbot is basically a computer running Ubuntu, so let's open it like a standard PC. 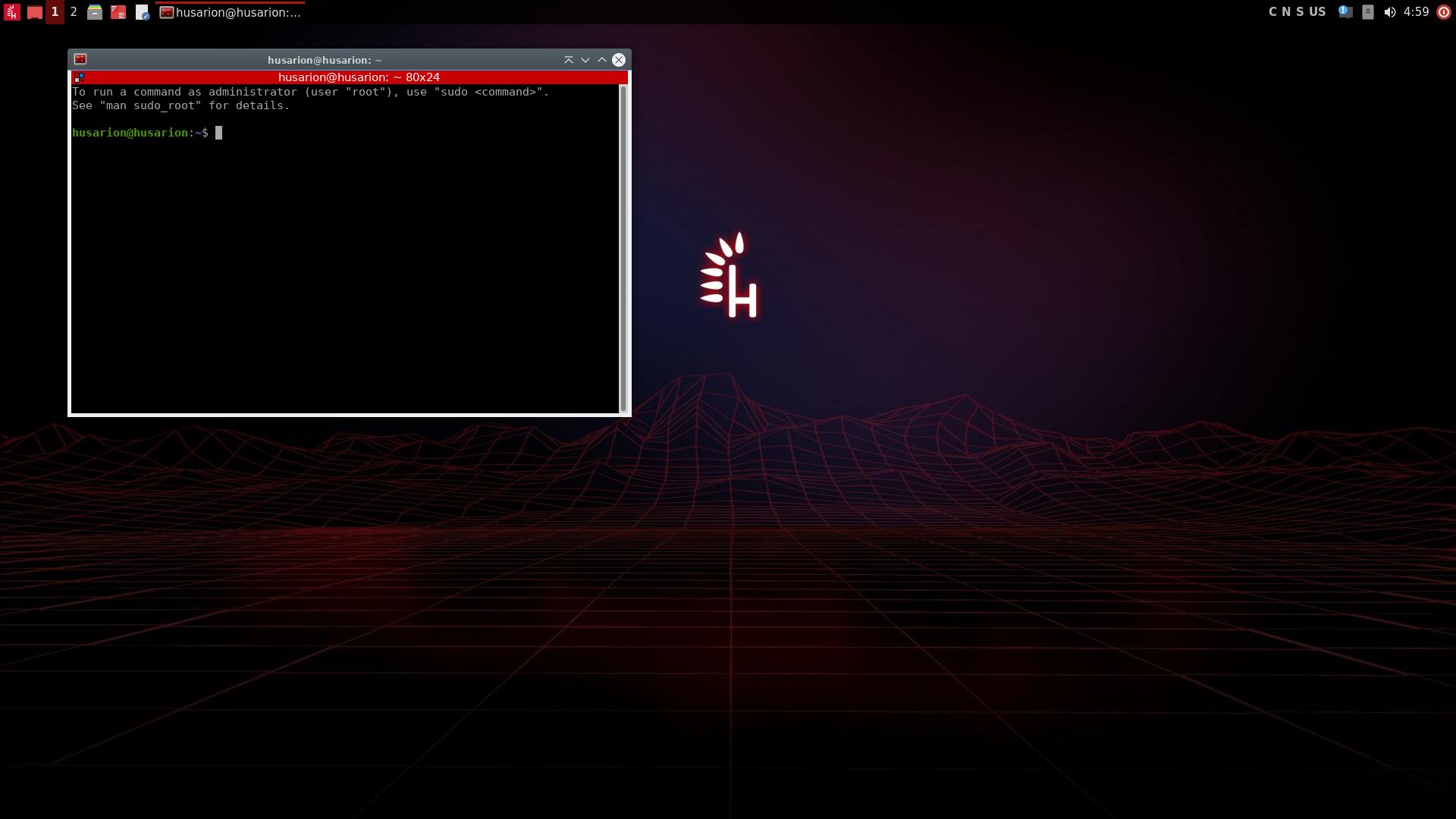 ROSbot's graphical desktop environment requires about 3 minutes to start during first boot. The following ones require only about 1 minute after power on.

In the ROSbot 2R set, there is one USB-Ethernet card.

Connecting ROSbot to your Wi-Fi network​

ROSbot 2R is using netplan instead of graphical Wi-Fi manager. It allows you to have all physical network interfaces configured from a single text file.

To connect your ROSbot to a Wi-Fi network, edit /etc/netplan/01-network-manager-all.yaml file, e.g. with nano:

then save the file (with ctrl+o if using nano), apply the new network setup:

You can check to which Wi-Fi network your ROSbot is connected by using this command:

If your Wi-Fi network setup is more complex (eg. if you want to connect to Eduroam based Wi-Fi that is popular in many universities), visit netplan configuration examples.

to find your IP address (for wlan0 network interface). Save it for later.

OPTION 1: in a local network​

While ROSbot is connected to a Wi-Fi network, you can access it by using its IPv4 address by SSH:

OPTION 2: over the Internet (VPN)​

If LAN access is not enough you can access the ROSbot over the Internet thanks to Husarnet. The full guide how to do it is here

At this stage you should have your ROSbot up and running, with remote (LAN or VPN) connection from your laptop.

You can run ROSbot's ROS packages natively on your ROSbot's host OS, by just cloning and building rosbot_ros repo, however the more convenient way is using Docker images for that.

To flash the right firmware, open ROSbot's terminal and execute one of the following command:

To launch basic ROSbot nodes, paste the following command in the ROSbot's terminal (depending on the OS images you use):

At this point, ROS nodes from the containers are available on the level of the host operating system. 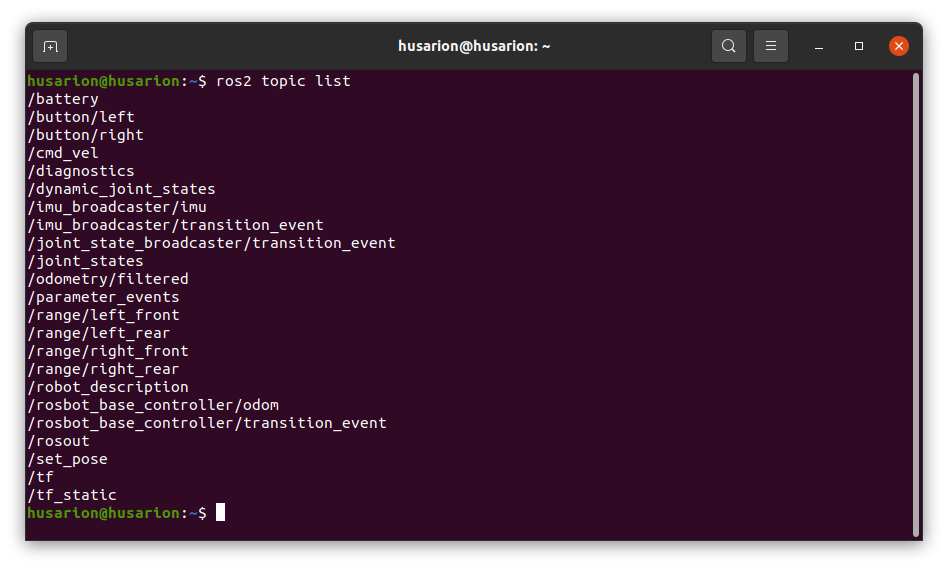 To launch basic ROSbot nodes, paste the following command in the ROSbot's terminal (depending on the OS images you use):

At this point, ROS nodes from the containers are available on the level of the host operating system. 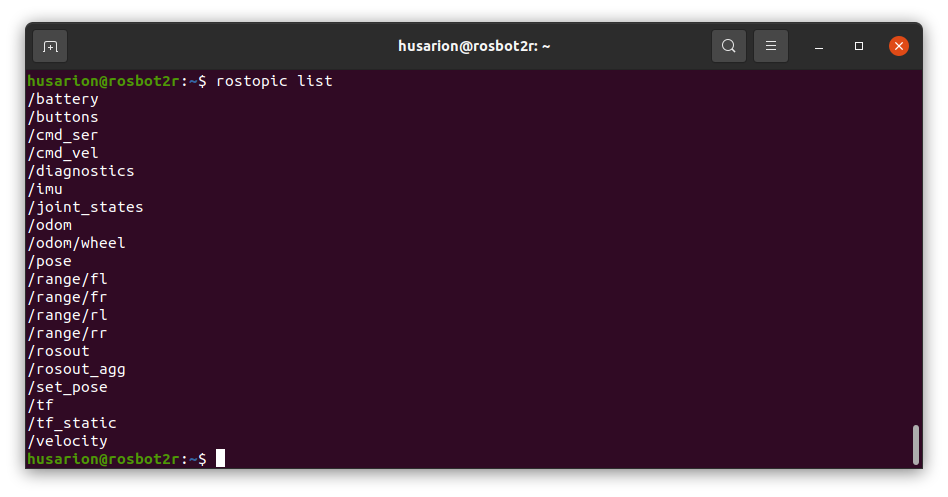 After running the command, you will see the usage instruction: 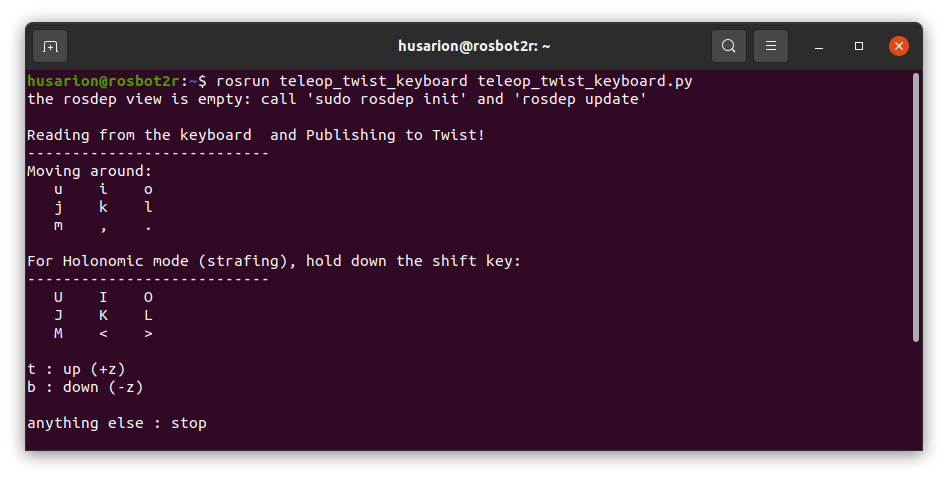 Now you know how to access ROSbot's ROS node from the Linux terminal.

Running ROS natively is fine for relatively small projects. For more complex ones, the full dockerized setup is a better approach.