The end result of this tutorial will be the same as in the previous one, but this time all ROS 2 nodes will run in Docker containers.

That means ROS 2 is not needed on the host system at all!

You should be able to run this project even by using a standard OS image provided by manufacturers of Upboard Single Board Computer powering ROSbot PRO (of course you need to install Docker and Docker compose at first).

The goal of this tutorial is to launch navigation2 demo, which will allow the robot to navigate autonomously and avoid obstacles. The ROSbot will be visualized and controlled through Rviz2.

Get a system image#

Instructions for system installation can be found here.

In the ROSbot 2.0 set there is one USB-Ethernet card.

If this is your first launch of ROS2 Foxy on ROSbot make sure to upgrade STM32 firmware to one used by docker (pay attention because firmware version for each ROS distribution is different).

STM32 firmware upgrade can be done purely using Docker. Just execute the following line in the Linux terminal of ROSbot:

Open this file in your favorite text editor and paste :

Save the file and execute in the ROSbot's terminal:

To download Docker images specified in docker-compose.yml from Docker Hub.

Setting up your PC#

While your ROSbot is preparing move to your PC. Make sure you have docker and docker compose installed:

If you don't have installed docker follow official installation guide. Do the same in case of lacking docker compose. There are also additional steps if you want to skip typing sudo before each docker command available here.

After making sure you have docker installed just like before create folder with docker-compose.yaml file and edit it with a text editor.

After that download all Docker Images specified in the docker-compose.yml file by using the command:

In order to start the demo on your ROSbot make sure you are in the same directory as you were in previous step and start the demo.

On your PC also make sure to navigate to that directory and start the demo with:

Once ROSbot launched lidar should begin to rotate and logs starts to pop out on terminal. At this point to make your ROSbot move or see how map is being created you need to launch rviz2. We also prepared ready to run docker container with configured rviz2 and it was already launched on your PC. You can connect to it from your web browser on address http://127.0.0.1:80/. After logging in to VNC launch new terminal session by clicking on LXTerminal icon and type ros2 run rviz2 rviz2.

In Rviz2 add displays you want but for navigation add at least map and select global frame to map. 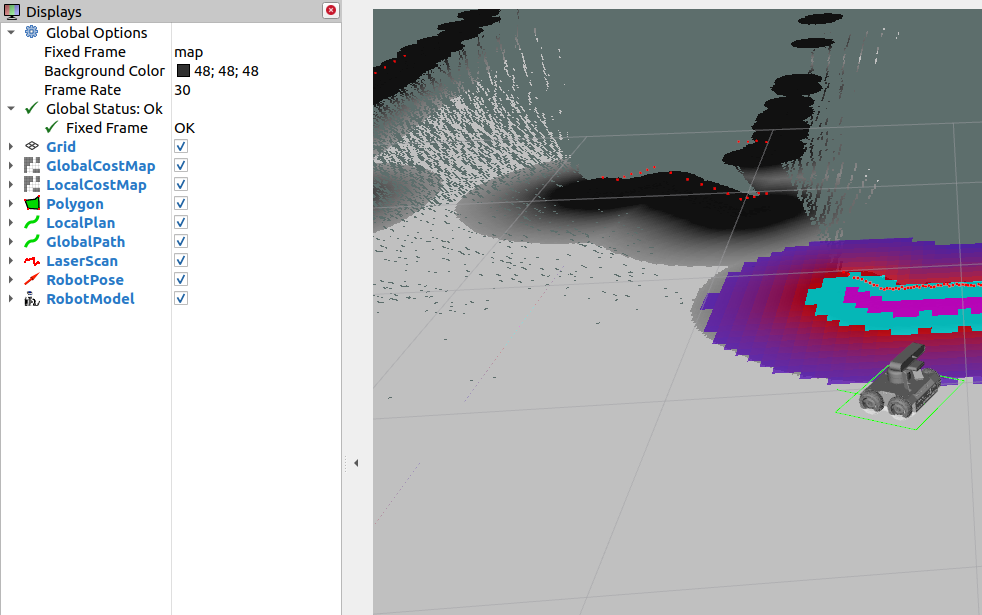 To add destination use green "2D Goal Pose" arrow in the top bar. 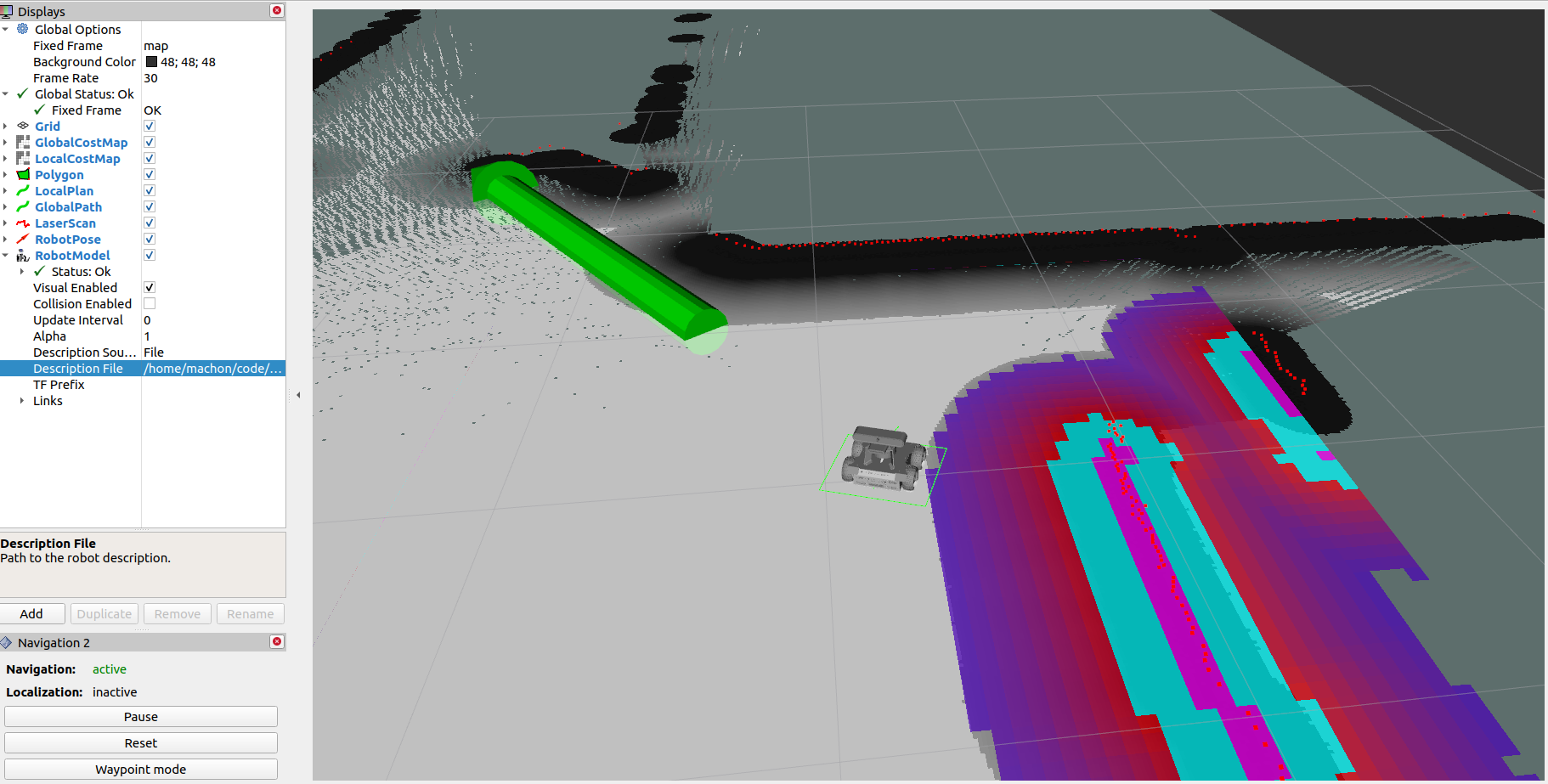 If you want to see rosbot model displayed in rviz2 you will have to select the rosbot_description/urdf/rosbot.urdf file in RobotModel section. 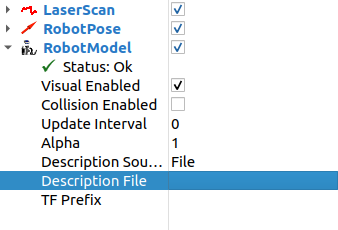 Using many ROS2 devices it the same network (Optional)#

ROS2 (DDS) provide a concept of multi cast for machines discovery. As a result every machine running ROS2 can see every nodes/topics on all running machines in the same network.

If you want to limit this behavior change ROS_DOMAIN_ID in both docker-compose.yaml files this might be number 0-255 (default is 0).

Connecting ROSbot and a laptop over the Internet#

You can run the system not only in LAN, but also over the Internet, by adding additional lines to docker-compose.yml files (both in ROSbot and laptop):

Additionally add network_mode: service:husarnet in the definitions of other services listed in docker-compose.yml.

It will start an low-latency, P2P VPN network between containers defined in docker-compose.yml without exposing that network to your host system.

To learn more how to do it, read Connecting Remote Robots Using ROS2, Docker & VPN article from Husarnet's blog.