This guide was created in February 2022, so some adjustments may need to be made to ensure it works with the most recent releases of Autoware.Auto

This tutorial contains easy steps on first setup and usage of Autoware.Auto on a custom robot. If you want run Autoware.Auto in Simulation environment for the first time it's the perfect place. 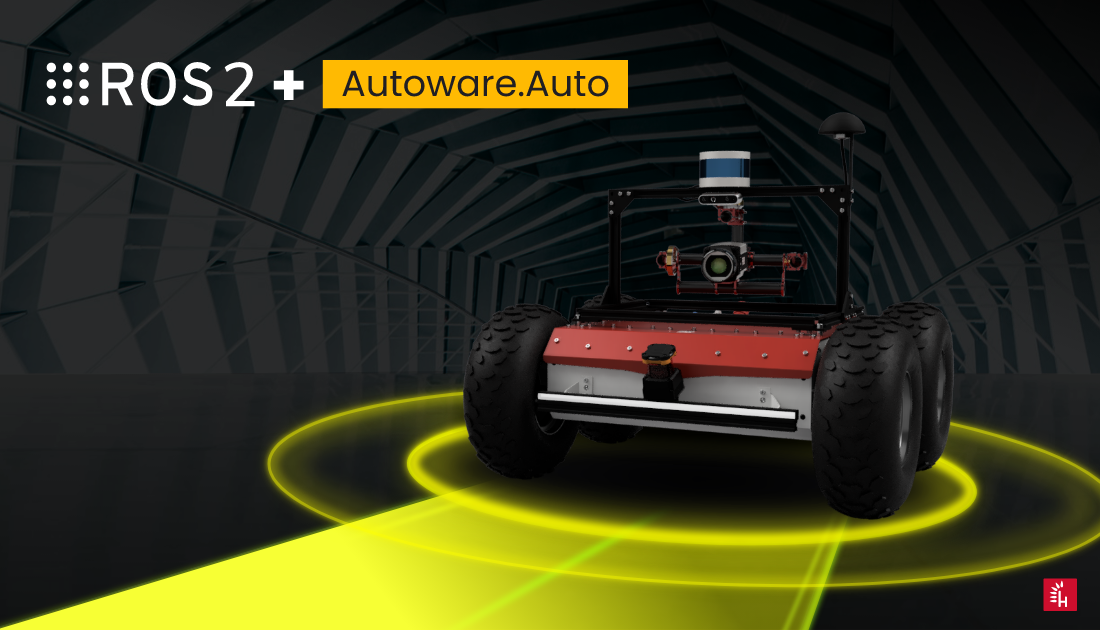 What can you expect?​

After running this quick tutorial you will be able to run the same simulation as on video below:

Autoware.Auto a open-source project designed to implement autonomous driving functionalities. It operates on ROS 2 and allows users to setup autonomous perception and planning stack on their platform. Autoware features modular architecture allowing users to swap in and out components of the system as they wish. The goal of this tutorial is to demonstrate that it can operate not only on cars but also on Panther robot designed by Husarion. If you want to learn more about Autoware.Auto check out the official website and also the repository ond GitLab.

What will you learn?​

By following these easy steps you can launch and test Autoware.Auto autonomous driving functionalities in realistic simulation environment using SVL simulator. On top of that the demo repository contains official Agile Development Environment (ADE), witch will allow you to experiment and develop with the latest version of Autoware.Auto.

ADE is a docker-based development environment, it comes with the latest version of Autoware.Auto software preinstalled.

Next install ADE. To install it execute the code below.

If you find some problems installing ADE please refer to the official installation guide here.

Then launch and update ADE container:

Last step is to build the demo packages and set up sourcing of the ROS environment in .bashrc

To exit ADE just type exit inside the container

Autoware.Auto is linked with SVL simulator witch emulates real surroundings for your robots to operate in. You will need to create a SVL account to run your simulation.

Our demo package contains the simulator with adaptations to use skid seer drive. To launch it you need to execute following commands:

In order to link it to cloud use instructions here

In this step you will need to add a map and vehicle.

In oreder to run the demo add following assets:

You can do so by searching in the SVL store. Example of map adding is shown below. 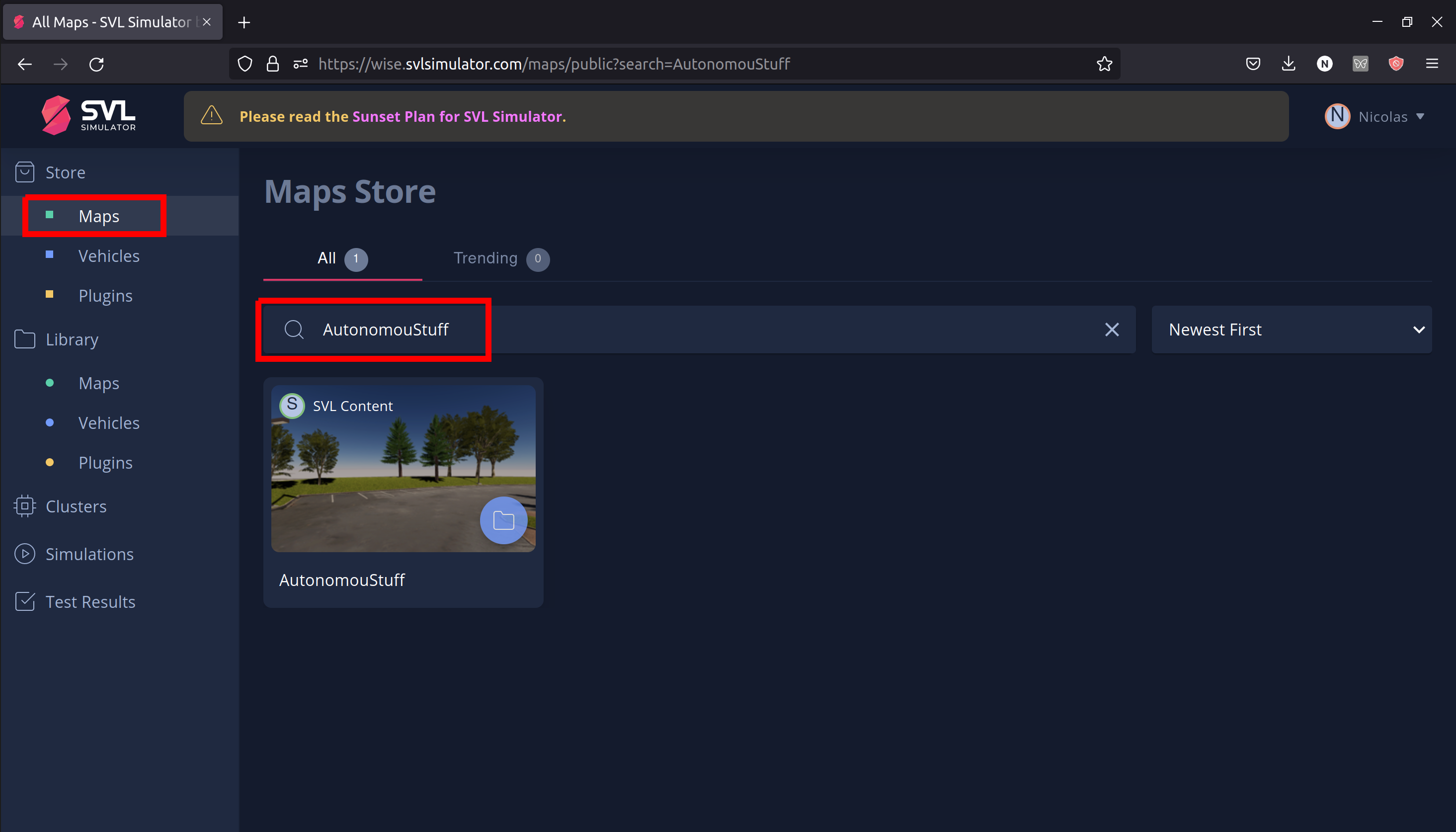 To create a simulation you will need to do following steps on the SVL website:

First make sure no ADE containers are up:

Next open SVL web app and run your simulation form there. Click play button in SVl. 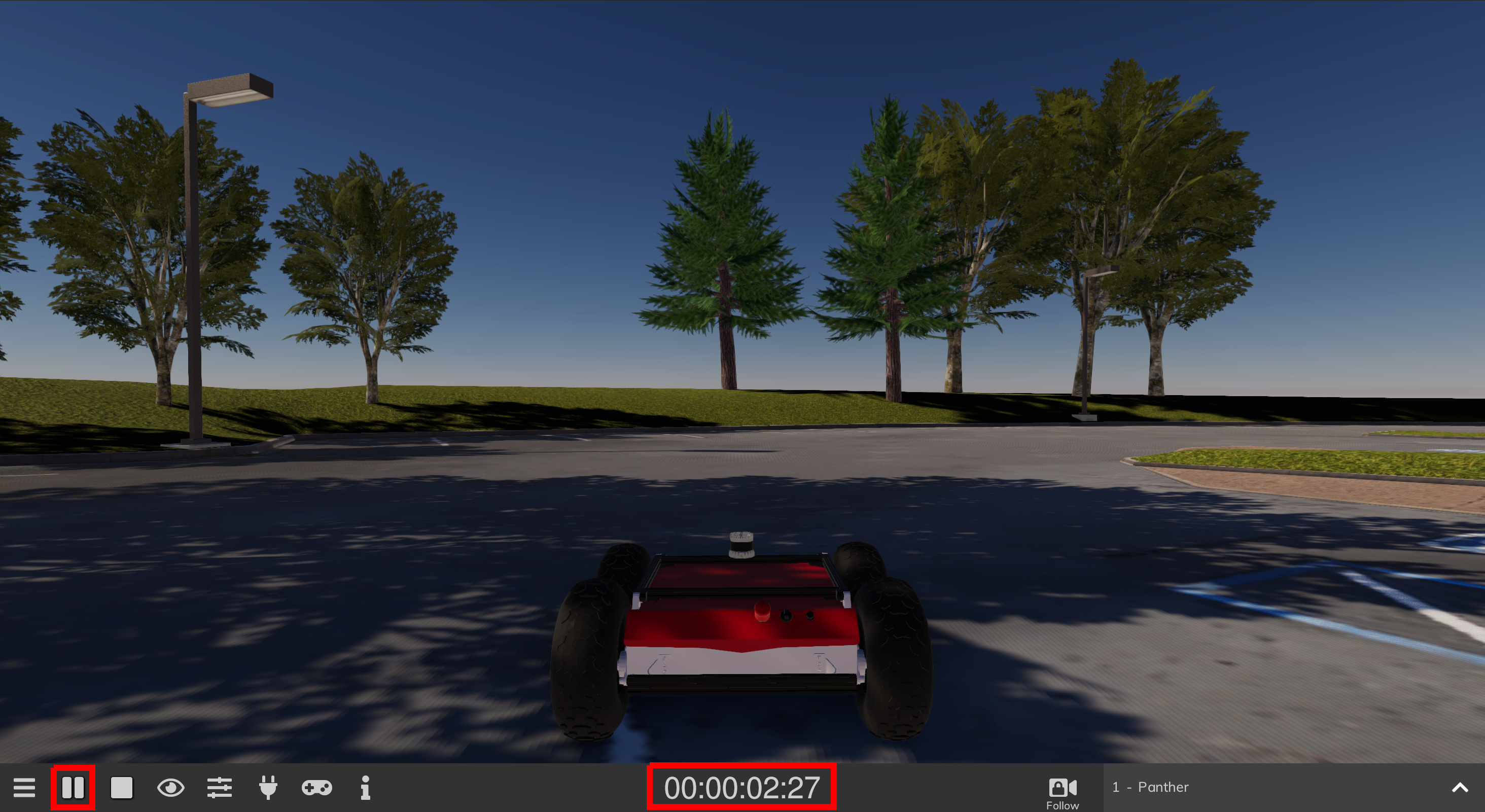 Make sure that you clicked play button and the sim time is running!

Panther always spawns in the same place, so just select the pose visible on the picture below 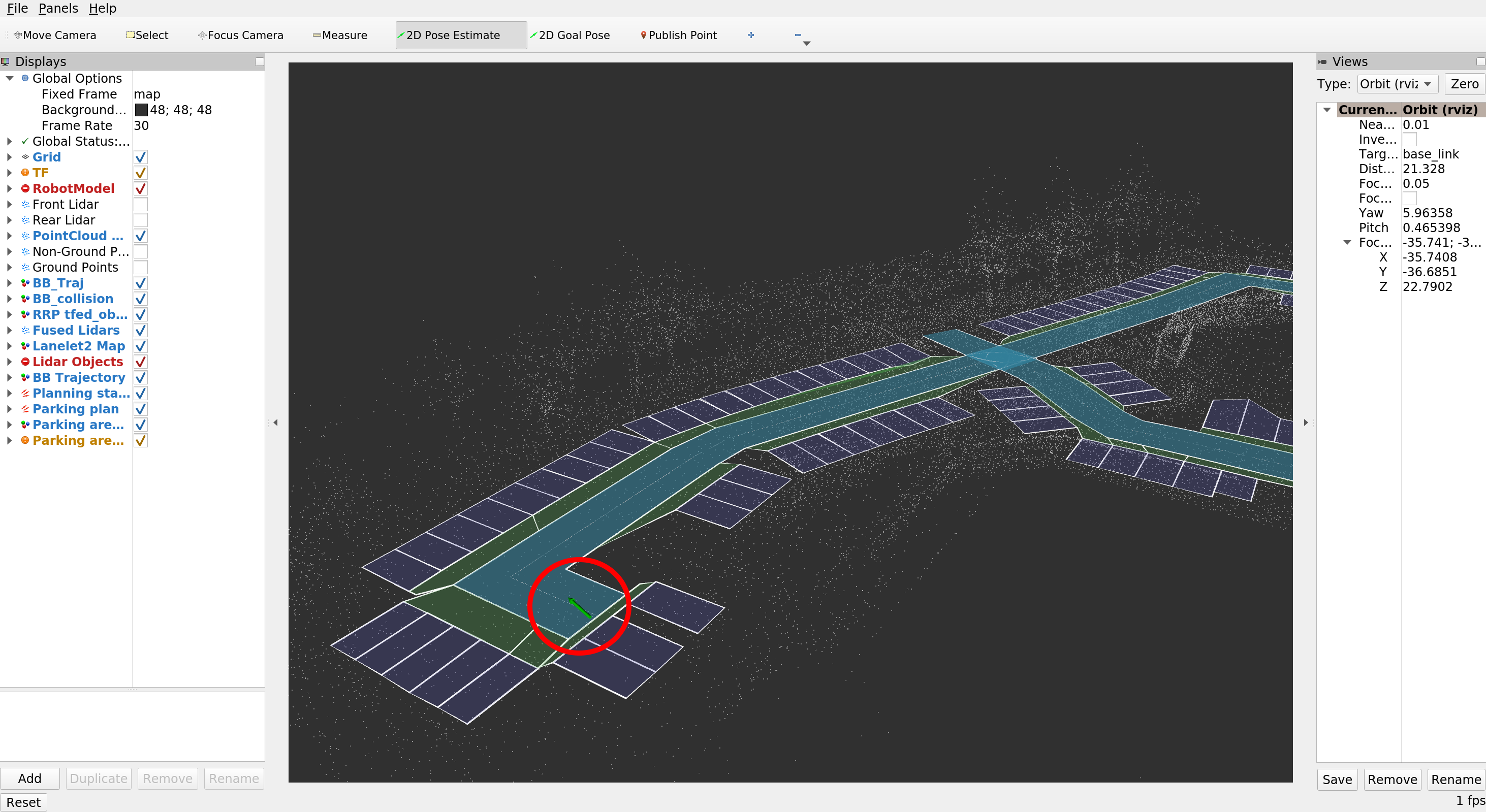 To drive around autonomously use 2D Goal Pose tool in rviz, remember to select pose within the blue roads on the map. If you have chosen the pose correctly you should see the planned path and robot should start moving towards the goal pose.

Below you can see working navigation in RViz. 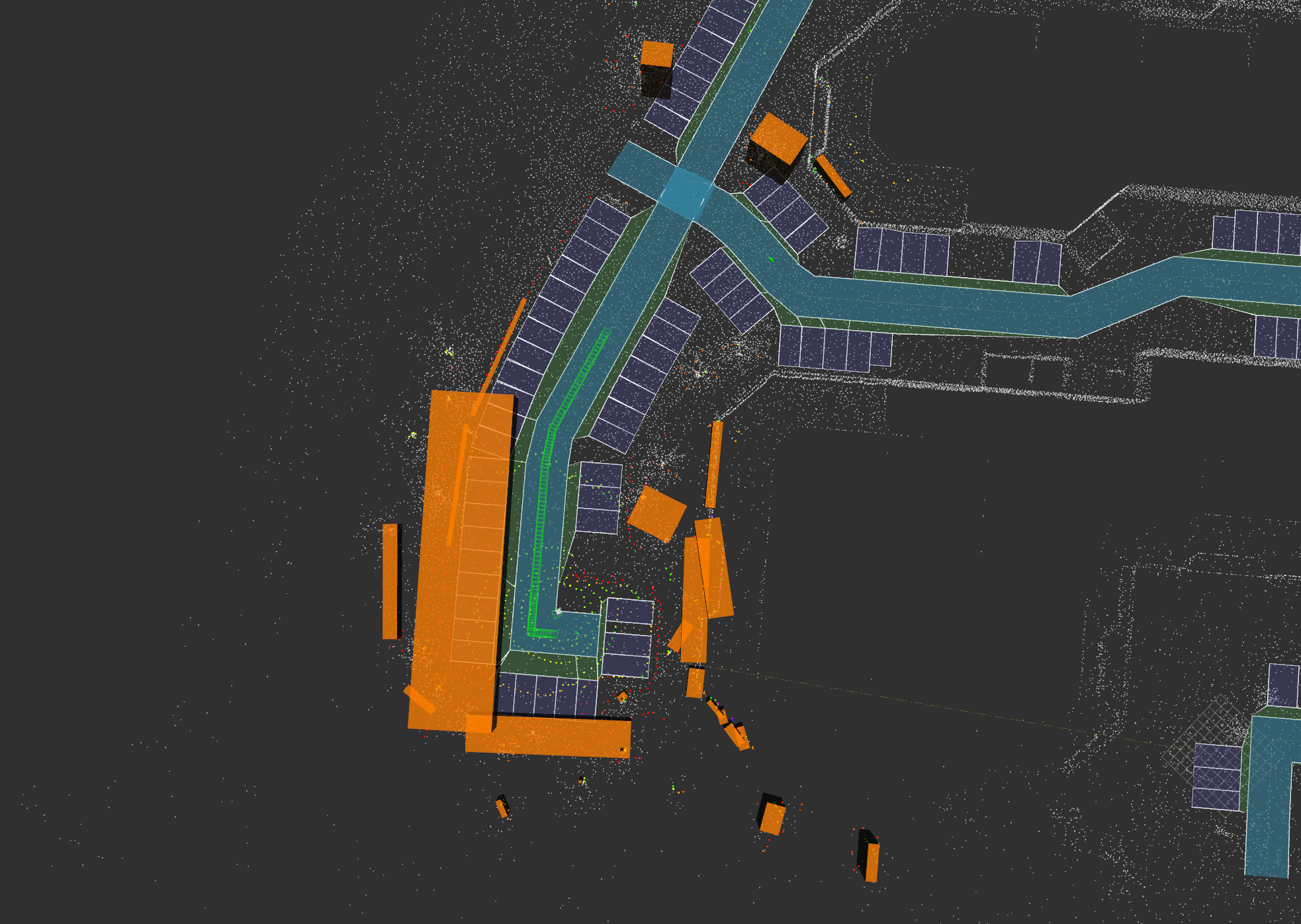 This short demo is a great start to using Autoware.Auto and shows that it can be successfully deployed on Panther robot. It also gives a quick showcase of its usage in a known environment. If you are interested in learning more about Autoware.Auto usage with Panther robot, more tutorials will be coming in the future.